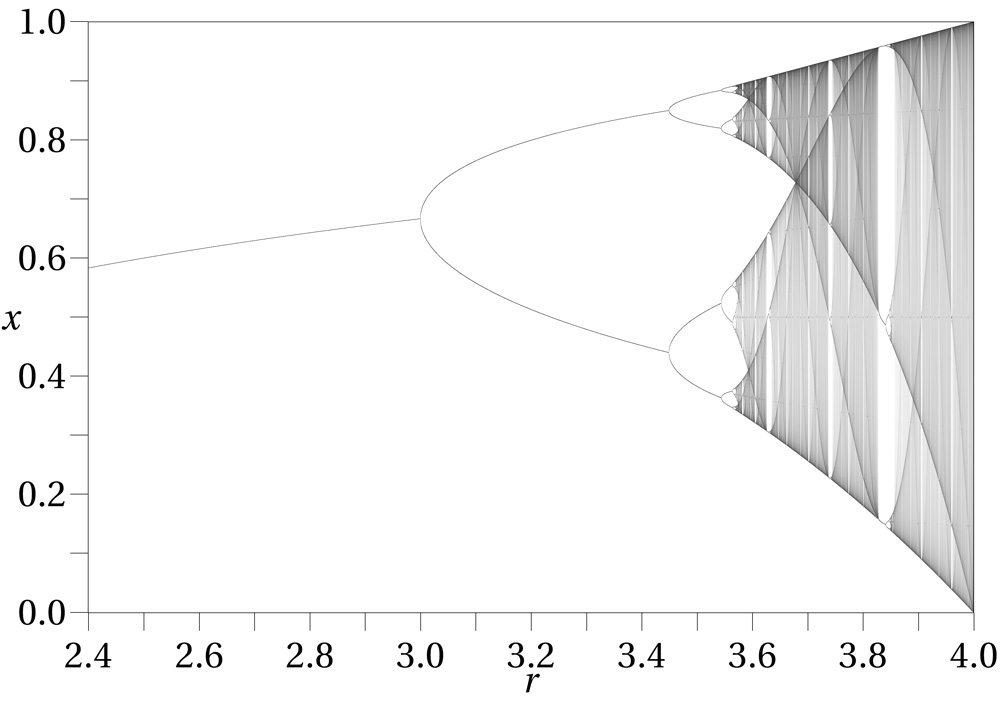 Chaotic Substrate is an improvised multimedia work for digital audio and video. Based on the logistic map, the performer uses a MIDI controller to guide 256 sine oscillators through a predefined ‘score’ of frequencies. The navigation of this score: moving quickly or slowly, and moving forward, backward, or skipping around, allows for improvisation on a fixed set of frequencies that map to both the sonic and visual content of the work.

Nicholas Shaheed is a composer, electronic musician, and software developer. In his music and audiovisual work he likes to explore texture, motion, and contrast. Both with computers and with not-computers.

He is currently a master’s student in music, science, and technology at Stanford University, and received his bachelor’s in music composition, music theory, and computer science at the University of Kansas. In between, Nicholas worked as a software engineer in cloud infrastructure at Google.