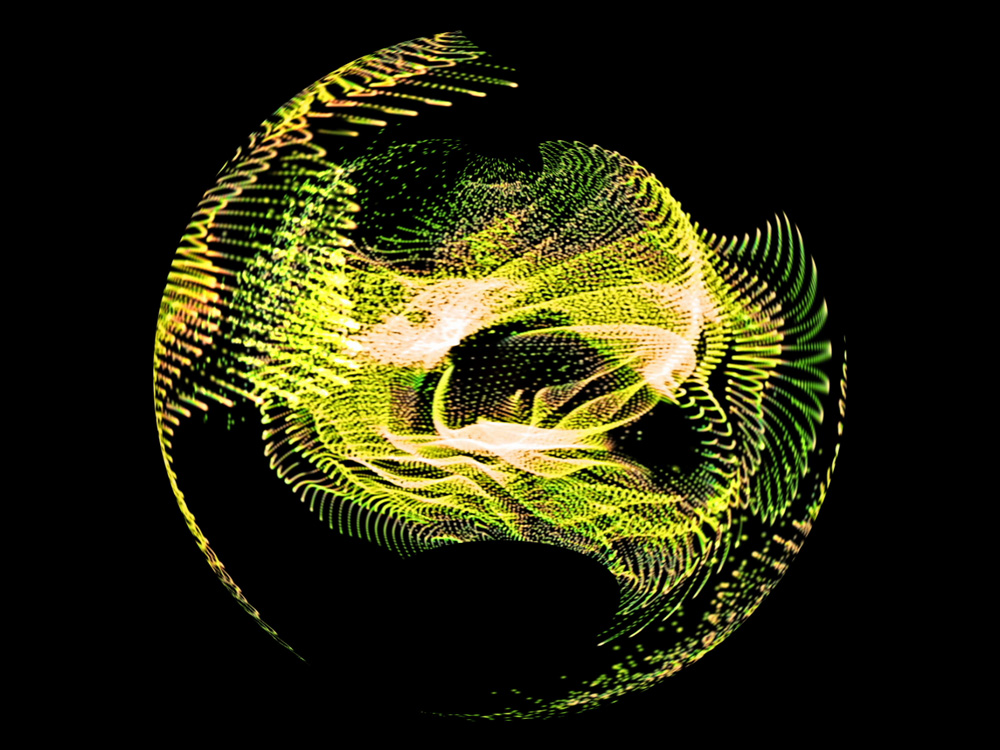 This audiovisual composition is based on interactivity in which the moving-images are transformed by the amplitudes of sounds. The sound material is the Chinese song Yanguan played by the Chinese lute which has been transformed by eight filters. Each of the filters varies in frequency range and time. The number ‘eight’ represents the middle number of Sphere-Layers (circles) which consists a close structurally relationship between music and images. The amplitudes of sounds react on the three-dimensional representation of images in which each axis (x, y,  z) was transformed by different functions. The result is a complex transformation of the visual structure which shows a strong relationship between both media, music and moving-images clearly.

Wilfried Jentzsch studied composition at the Musikhochschule Dresden, the Akademie der Künste Berlin, and electronic music in Cologne. From 1976 to 1981 he studied at the Sorbonne in Paris under Xenakis where he was awarded a degree of doctorate in the field of musical aesthetics. He conducted at the same time a research of digital sound synthesis at IRCAM and the CEMAMu. He was the professor of composition and the director of the Electronic Studio at the Musikhochschule Dresden from 1993 to 2006. His Electroacoustic/Visual Music works have been presented at ZKM, VMM Boston and New York, Cinema Fest Melbourne, CEMC Beijing, EMUfest Rome, GRM Radio France, Cinema Nouveau Montréal, Musiques&Recherches Bruxelles and Tokyo. He has received international composition prizes in Boswil (Switzerland), Paris, Bourges and ZKM Karlsruhe, and was invited for numerous festivals worldwide.