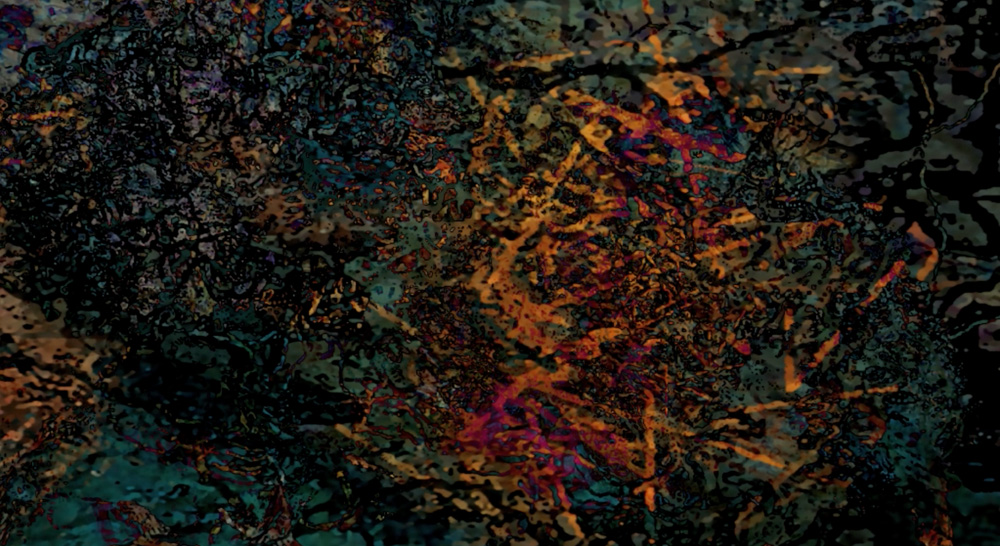 …lilac shrieks and scarlet bellowings… (2010) is a nine-minute visual and sonic interpretation of six related texts of E. E. Cummings that ruminate on themes of nature and the cycle of life. The flm is in six linked sections, each focusing on one of Cumming’s texts enhanced with images by Jean Dethuex and electroacoustic music by Mikel Kuehn. The sonic material is derived from manipulated environmental sounds and the recitation of Cummings texts by soprano Deborah Norin-Kuehn. The images were created frst by Detheux (in 2008) and were then set to music by Kuehn in 2009-10. The visual idea behind the work was to create a life in multiple parts, followed by a “recollection” of that life, as if at the moment of death

Born in Belgium, Jean Detheux received his academic training at the Académie Royale des Beaux-Arts de Liège. Immigrating to Canada in 1971, he has taught at various art schools in Canada and the U.S. He has exhibited his paintings and drawings in solo and in group shows, in Europe, Singapore, Lebanon, and the Americas. His work can be found in many private and public collections. After nearly four decades of work with natural media, sudden serious allergies to painting materials forced him to give up “real” painting for digital technology (in 1997). This brought him almost “naturally” to animated film (“time-based art”). He has since made numerous films that have been screened at festivals and venues internationally.

Soprano Deborah Norin-Kuehn has performed under the batons of Peter Bay, David Hayes, Aaron Jay Kernis, Oliver Knussen, and been featured throughout the US, Canada, England, France, Germany, and Italy with orchestras, select artists, and ensembles including the Empyrean Ensemble, Ensemble 21, Opera Company of Philadelphia, the Philadelphia Singers. A student of the late Todd Duncan – Gershwin’s original Porgy – at the Curtis Institute of Music (Artist Diploma), Norin-Kuehn holds vocal performance degrees from the Eastman School of Music (DMA, MM) and has studied and performed at the Aspen Music Festival, the Britten-Pears School, the Chautauqua Institute, and the Lake Placid Institute.