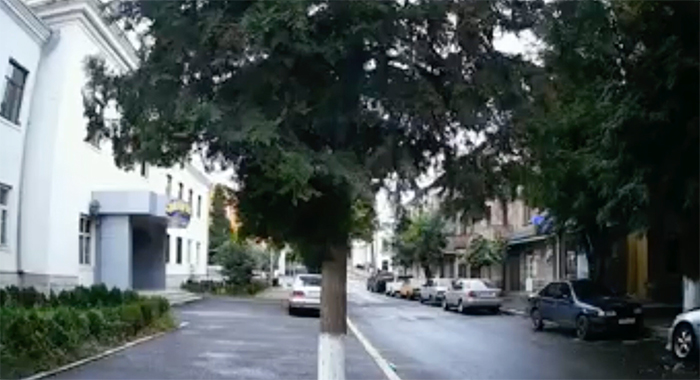 Stepanakert is the capital of Artsakh, an unrecognized republic between Armenia and Azerbaijan. Formerly an autonomous region of Soviet Azerbaijan, the native Armenian inhabitants fought a war for their independence in the early 1990s. Since the ceasefire established in 1994, the region has been governed by Armenians, with occasional fighting on the border. However, on September 27, 2020, Azerbaijan, with the aid of Turkey, launched an attack on the entire line of contact, leading to full-scale war. For weeks, the civilians of Stepanakert faced daily shelling from Azerbaijan, causing over half the population to flee and the rest to shelter in bunkers. By the end of the war, tens of thousands of Armenians were displaced. Lullaby for Stepanakert begins with a siren warning of incoming bombs and cluster munitions falling on a street in Stepanakert on the morning of October 4, 2020. From the explosions emerges a reinterpretation of an oror (lullaby) transcribed by Komitas. The piece is dedicated to the people of Artsakh and all people who have lost sleep because of this war.

Joseph Bohigian is a composer and performer whose cross-cultural experience as an Armenian-American is a defining message in his music. His work explores the expression of exile, cultural reunification, and identity maintenance in diaspora. Joseph’s works have been heard at the Oregon Bach Festival, June in Buffalo, Walt Disney Concert Hall, New Music on the Point Festival, TENOR Conference (Melbourne), and Aram Khachaturian Museum Hall performed by the Mivos Quartet, Decibel New Music, Great Noise Ensemble, Argus Quartet, Fresno Summer Orchestra Academy, and Playground Ensemble and featured on NPR’s Here and Now and The California Report. He is also a founding member of Ensemble Decipher, a group dedicated to the performance of live electronic music. Bohigian has studied at Stony Brook University, California State University Fresno, and in Yerevan, Armenia with Artur Avanesov.