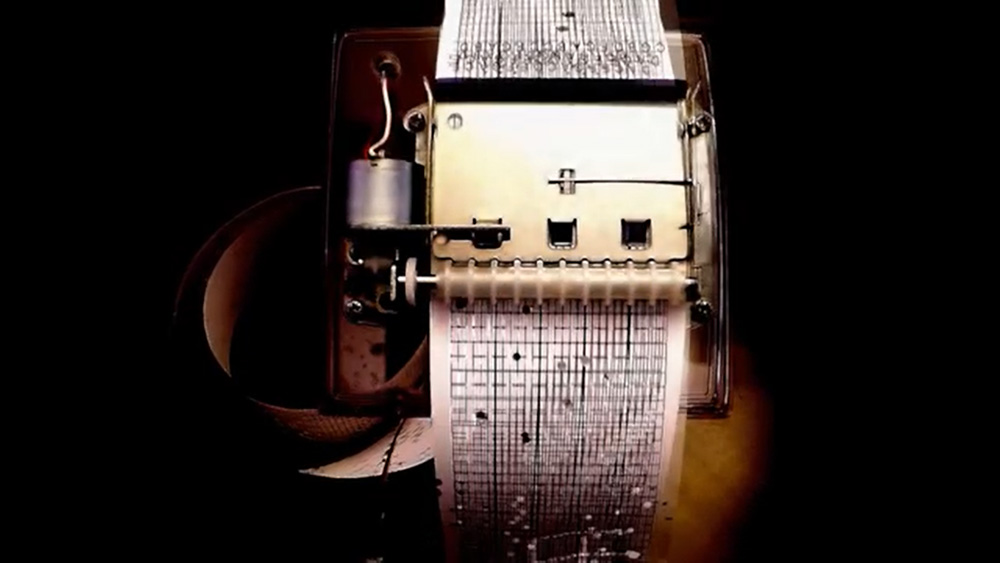 The works in my music box studies series are all created from a collection of music box scrolls that were splatter painted, punched, recorded, and then edited/processed to create fixed media works. Study #6 uses audio recorded from the first scroll that I created, running forwards through an electric motor-driven 30-note music box, and then processed in reaper. The audio was then paired with a video of the same scroll, processed using Touchdesigner to apply audio-driven visual effects.

Stephen Montalvo (b.1984) is an active composer and performer of acoustic and electronic music, as well as an audiovisual installation artist, based in New Orleans, LA. Through his music, he explores concepts related to resonance and rhythmic interplay and draws inspiration from social, ecological, and political concerns. His works have been performed throughout the United States, and internationally at the Osaka University of Arts Electronic Music Festival, by artists and ensembles including the Portland Percussion Group, Megan Ihnen, Rhythm Method String Quartet, Bent Duo, Talea Ensemble, and the Omaha Percussion Ensemble. Additional collaborations include audiovisual installation projects for LUNA (Light Up NOLA Arts) Fête and SALON Gallery, hosted by the New Orleans Arts Council, as well as with the Virtual Krewe of Vaporwave.

Stephen holds a Master of Arts in Music Composition from Tulane University where he studied with Maxwell Dulaney and Rick Snow and a Bachelor of Music from West Texas A&M University, where he studied percussion with Susan Martin Tariq and composition with Joseph Nelson and Robert Denham. Current affiliations include the Society of Composers, the National Association of Composers/USA, and the Vic Firth Education Team as a Scholastic Educator and Marching Percussion Specialist.