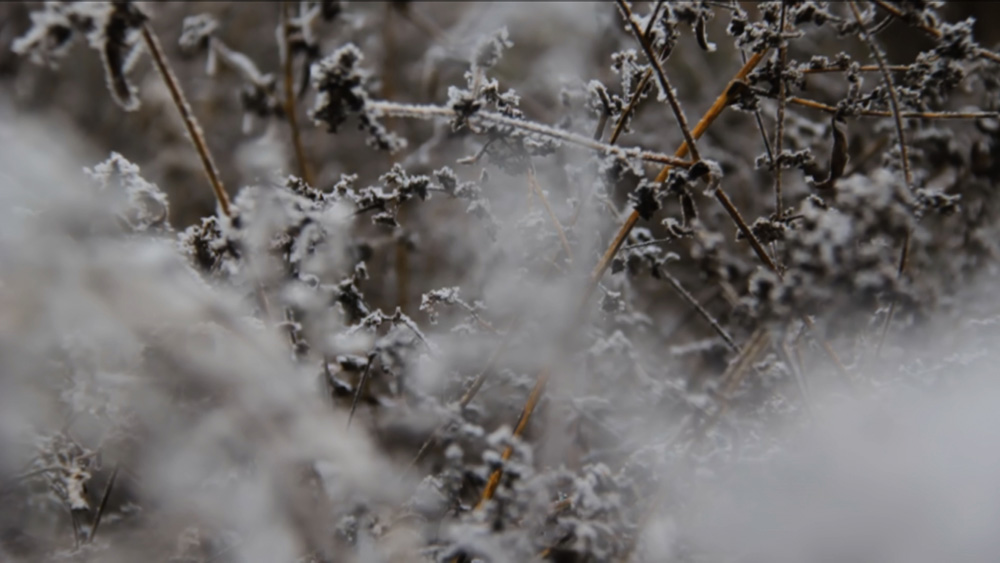 Předjaří / Praevernal is an authorial film that develops the idea of absolute partnership between image and music. Fluid development of seven long shots in connection with ambient orchestral music create a breathing audiovisual body that portrays the author’s view of winter nature cosmos in an abstract meditative manner. Předjaří is a Czech word for the season of late winter and early spring.

The work can be exhibited either as a concert piece (string ensemble, percussion ad lib, audiovisual projection) or in cinematic format with fixed media soundtrack.

Martin Klusák (1987) is an audiovisual artist and composer based in Prague, Czech Republic. He is currently working on his doctorate at the Academy of Performing Arts in Prague (AMU). Although his main focus is on the interaction of music with film, multimedia creation, and site-specific art, he also composes for concert stages and directs experimental films.

His projects succeeded in a range of competitions, such as selection of Phonurgia Nova Awards 2016 in Paris or Honorable Mention at the Experimental Forum 2017 in LA. Films for which he composed the score frequently circulate major international festivals, one of which has been the independent Quinzaine des Réalisateurs Cannes.