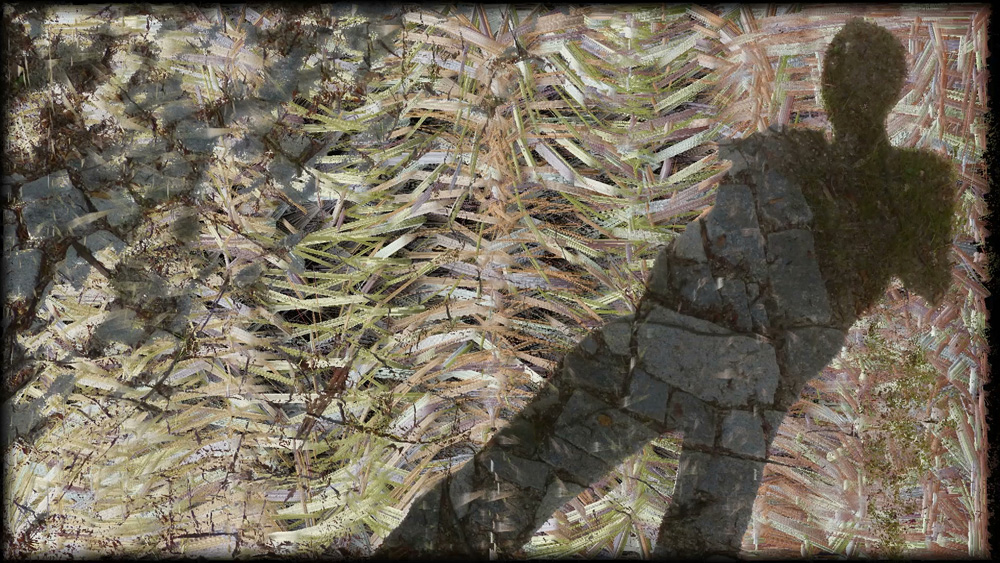 “Presence” follows the tradition of self-portraiture but only the shadow of the artist is present.

The world around him undergoes transformations that do not seem to affect him, questioning the reality of his existence.

“Presence” is a photovideography, a photograph that transforms over time to change status and become a work of video art.

Jean-Michel Rolland is a French artist born in 1972.

A long time a musician and a painter, he brings together his two passions – the sound and the image – in digital arts since 2010.
Through video art works, generative art, audiovisual performances and interactive installations, he questions the temporality, a genuine fourth dimension inherent to moving image, as well as the duality between his two favorite mediums, the sound and the visual.

His formal research is guided by the desire to reveal the intrinsic nature of our perceptual environment and to twist it to better give new realities to the world around us.

His works, always very experimental, are a reflection of the sometimes unexpected internal world of their author and are however the object of an important diffusion abroad. Several have been rewarded for their originality, by Digital Graffiti in Miami (USA), Multimatograf (Russia), dokumentART (Germany and Poland), the University of North Carolina (USA), Festival do Minuto (Brazil), Artaq (France), ArchiShorts (Canada) and The International Video Art Review (Poland).