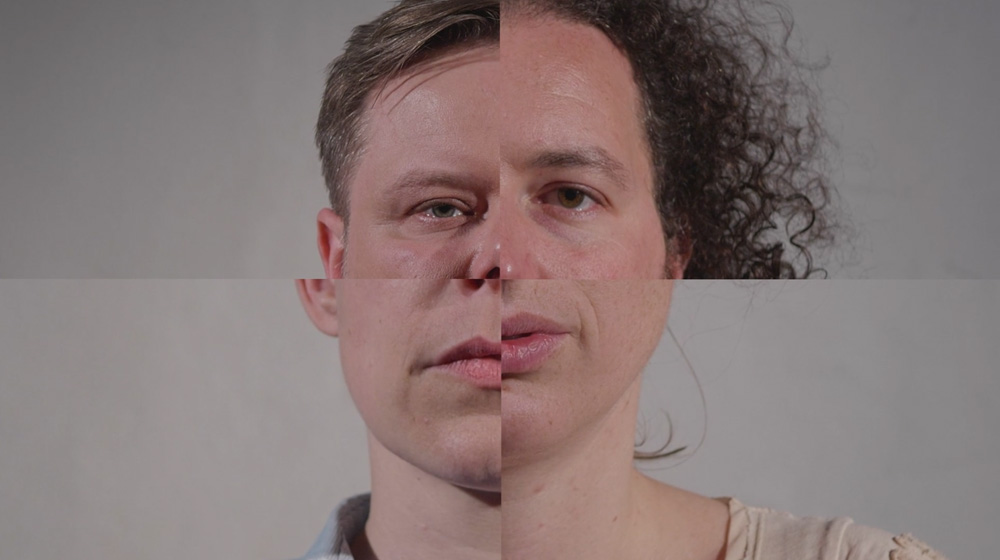 Symptom of Expression is a short film based on Eric Shirlot’s poem of the same title that explores the topic of emotional projection and simulation. Visually and sonically, the act of transposing one’s self onto another is on display here, asking to what extent we owe our selfhood to one another, and at what cost. Music composed by Chris Lortie. Original poetry by Eric Shirlot. Narrated by Jessica Aszodi. Directed and choreographed by Heinrich Horwitz. Edited by Lara Rodríguez Cruz. Performed by the Decoder Ensemble.

Chris Lortie (b.1993) is a composer and computer musician. His compositions regularly involve the use of live electronics as a means of augmenting and disrupting both sonic and visual cues; as such, Chris’s music often explores the subjects of fakery, deception, and hyperrealism in the electroacoustic domain. His pieces are informed by his interests in psychoacoustics, binaural audio, ambisonics, performance art, installation art, and improvisation. Chris is currently pursuing a DMA in Music Composition at Stanford University, where he studies with Jaroslaw Kapuscinski and Eric Ulman. youtube.com/c/ChrisLortie

Heinrich Horwitz is a choreographer, director and actor*. They studied Theatre Directing and Choreography at the Hochschule fur Schauspielkunst Ernst Busch Berlin and the HZT Berlin. They staged productions in the free scene realm, at municipal theatres as well as in contemporary classical music. Their works have been invited to the Heidelberg Stuckemarkt and Autorenfestival Maximierung Mensch in Trier. Since 2017 they have been working continously as choreographer and dramaturge with the Decoder Ensemble in Hamburg and with the composers Alexander Schubert, Sarah Nemtsov, Leopold Hurt and Carola Schaal. heinrich-horwitz.com

The Decoder Ensemble, founded in Hamburg in 2011, considers itself a “band” for contemporary music and is one of the most innovative and unpredictable young ensembles on the new music scene. Their fresh and energetic sound, stemming from their distinct combination of electric and acoustic instruments and voice, sets them apart from conventional contemporary chamber music ensembles. Surprising collaborations, experimental instrumental music, multimedia elements and conceptual performance art all play a large role in Decoder’s programming. Decoder greatly stresses the contemporary format in the presentation of their concerts, incorporating carefully selected performance venues and an over-arching dramaturgy. decoder-ensemble.de