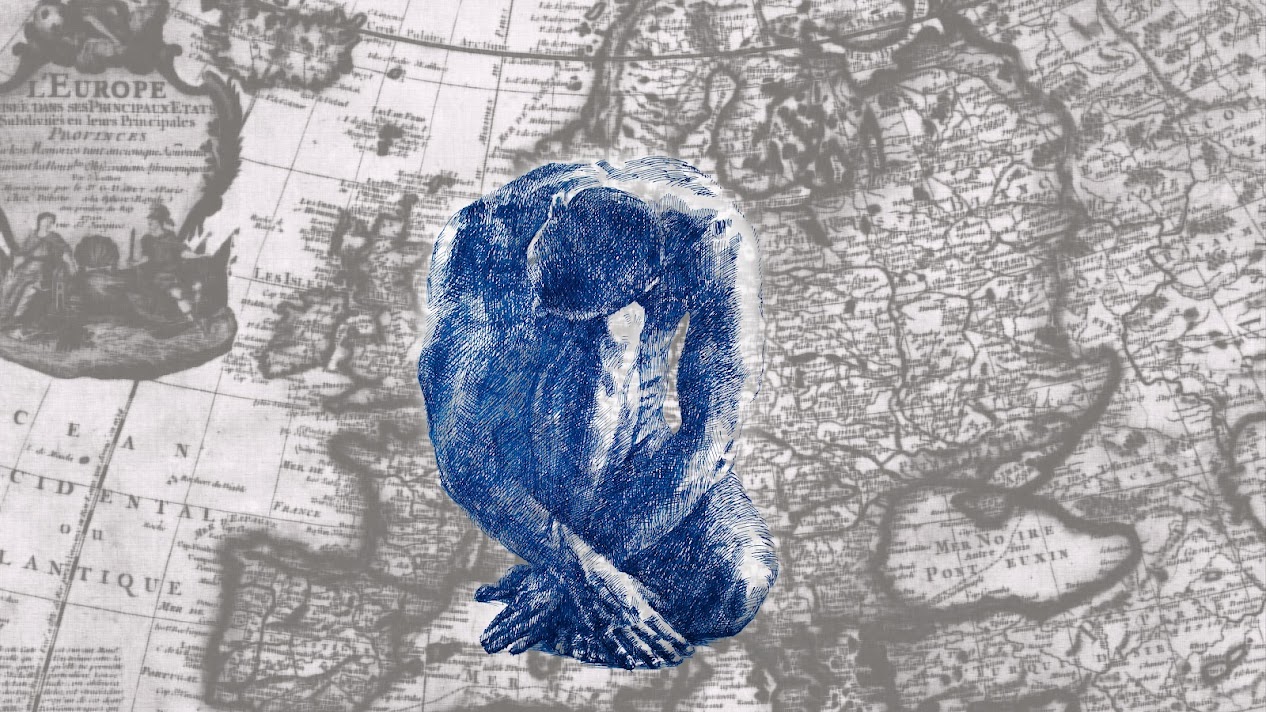 The concept of my project directly related to the travel and self-realization of man in a globalized world. Also in my project, I juxtaposing theory of self-movement and philosophical theory of Plato’s cave. Plato, which describes group of people that are the prisoners of the shadows: they live in a cave, made to see only shadows, which are the reflections of the fire light, but nothing else. Those are prisoners of the shadows existing in their own misconceptions about the reality. Those shadows are only the product of imagination, projecting mental state into the substance or objects. The other side of the truth is Sun, which is outside of the cave and everything in that world is the mere reflection of the Sun itself. According to Plato, the ultimate aim is to get to the light of the Sun, real truth, the higher reality, not its reflections.

Recent major life transitions which happened both globally in the face of pandemic and locally by the war situation triggered disorienting dilemma on a collective level challenging the poetry of day-to-day life with a sense of isolation, alienation, state of hopelessness. The project explores “conceptual maps” of both individuals and collectives’ perceptions of reality, which is in constant change and acts as a muse fall on thinking about fundamental questions: Are we only accepting the reality of the world presented to us ignoring other perspectives of the truth? Are we aware and capable of acknowledging the blurry line between virtual and real, visible and invisible?

Concept of my project refers to the problems arising in connection with the closing of borders due to the pandemic, to search the man’s place in the global world, which suddenly narrowed to within the same country or even the region. I want to draw the viewer’s attention to a paradox – closing, limitation offline and online boundless openness and links clearly manifested during a pandemic. Many places of the World, felt this situation in itself. The problem of the pandemic was joined by the unresolved problem of the migration problem, which has become aggravated throughout the World.

Graziano Eschini, aka Gratz, is an Italian composer and multi-instrumentalist currently based in Barcelona.
His passion for music is not linked to a particular instrument, but he’s inspired by rhythms and melodies that echo in his mind.
After studying drums and singing for years, in 2015 he developed a deep interest in electronic music and started producing his own arrangements. His tracks manage to blend techno beats and dreamy pads and melodies, while his metal background shows through, in the form of scratchy and rhythmic synths.