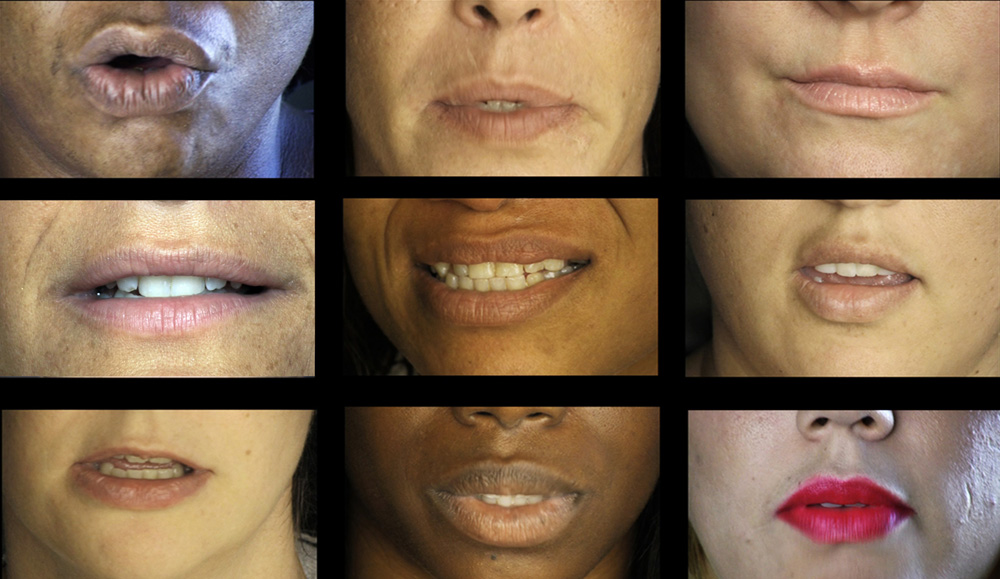 Link to the virtual installation

Voices uses art as a focal point to draw attention to domestic violence survivors by giving them a literal voice.  Del Buono gathers the stories and displays only their mouths as a way to keep them anonymous. Multiple video monitors surround a room, immersing viewers in the sounds and visuals and creating an overwhelming experience which punctuates the enormity of this epidemic.

Only when a visitor gets close to a monitor do they hear the individual’s personal story of abuse, creating a virtual one-on-one experience. The necessity of moving toward the individual monitors also functions as a poignant metaphor; we are not aware of victims in our own social circles until we get close enough for them to tell us their story.

To create the ongoing project, Del Buono has partnered with a number of domestic violence organizations throughout the years, including Safe Horizon, NYC Mayor’s Office to End Domestic & Gender-Based Violence, The Lodge, The Retreat, Human Options, Good Shepherd, Becky’s Fund, and Interval House.

Cat Del Buono is a daughter of immigrants. She began drawing and filming at an early age, making her first Super 8 film at age 11. She received a BA from Boston College, an MFA from School of Visual Arts, and attended NYU’s Tisch graduate film program. She has shown at Bronx Museum, Bass Museum, Vetlanda Museum Sweden, and Fountain Art Fair to name a few, with solo shows at MoCA Miami, Blue Sky Gallery, Microscope Gallery.

Her recent works focus on social issues. “Voices,” her ongoing collaboration with domestic violence shelters, continues to show in a number of cities across the USA. She was nominated as a 2020 Advocate of NYC and was awarded a First 100 Plus Leader Award from CT Coalition Against Domestic Violence in 2017 for her work on this project.

In her free time, Del Buono runs a nonprofit organization in her CT hometown that provides free after-school art classes to underprivileged children.