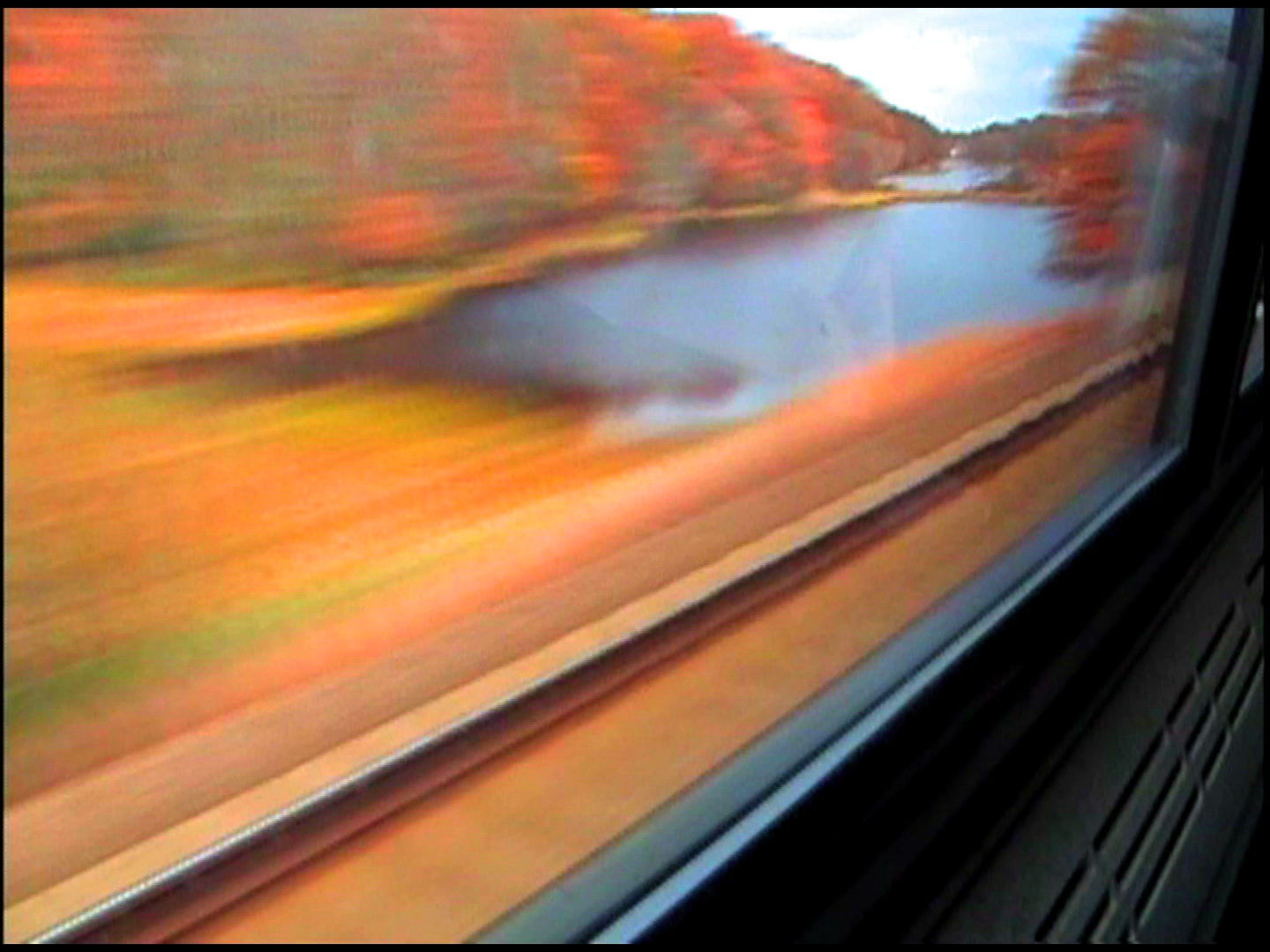 Wake me when we get there

As historian Paul Rennie has noted on his blog BAGDContext, a train journey offers an experience similar to that of cinema: a distanced, voyeuristic platform for observation of the world, and a systemic organization of time and motion. Rennie notes that this experience of being “on track” is both comforting and disconcerting to the passenger, who abandons the autonomies of modernist identity in favour of being driven, provoking a powerful, terrifying sense of the train being unstoppable.

Audiovisual works by David Jason Snow have been performed at the Musinfo Journées Art & Science Festival in Bourges, the Festival Exhibitronic in Strasbourg, the Festival Internacional de Video Arte y Música Visual in Mexico City, the Sound Thought Festival in Glasgow, and Echofluxx in Prague. His musical compositions have been performed in concert by the Ensemble Intercontemporainat the Centre Georges Pompidou in Paris, the Banda Municipal de Bilbao at the Euskalduna Palace in Bilbao, The New Juilliard Ensemble at the Museum of Modern Art in New York, and many other artists and ensembles internationally.