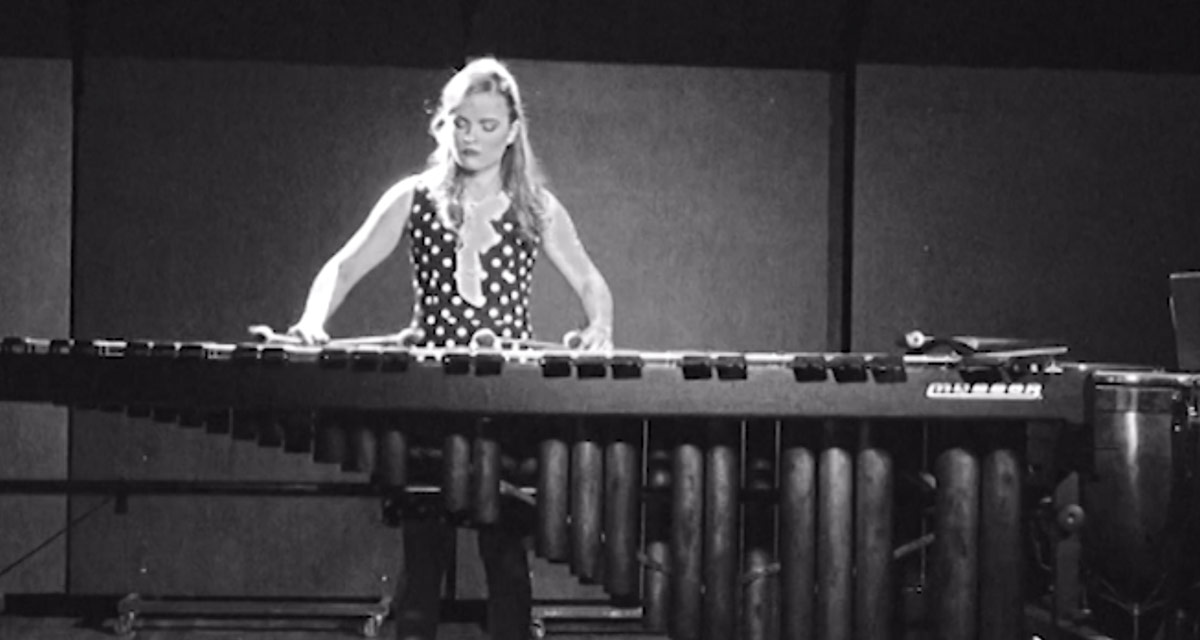 Metrohit uses the idea of a percussion power as being able to become science. As the theme we chose: Machine (Wo)Man/Android. We decided to use some scenes from a Concert from Bruna Cabral with the transformation scene from Maria in Metropolis. Here the percussionist is trying to do it for herself, trying to become better… better… until she turns into a not-human being (the video will still be worked on). Using some noises and sounds from the presentation of Bruna Cabral, and the composition from Davi Valois, we were able to put together a scene where the percussion becomes able to create in a Laboratoy an android being. When you are trying your best to get the maximum power you have, even if it means turning yourself into a Machine.

Davi Valois is a Brazilian composer, arranger and bass player resident in Belém do Pará. Started his music studies at age 12 studying classical guitar, music theory and harmony with local music teachers and musicians. After switching to the Electric Bass a couple of years later Davi started to play in the local music scene with other music students. After finishing High School he began formal academic studies at Conservatório Carlos Gomes as an undergraduate student in the musical composition and arrangement course in the Pará’s State University (UEPA) studying with renowned Brazilian composers like Sergio Molina and Paulo Tiné, also studied with professor Nestor Alderete from the University of Cordoba(Argentina). Davi is currently working in a great variety of musical contexts from pop/rock to jazz, classical and Avant Garde both as a composer and performer.

Bruna Cabral is a graduate student at Folkwang Universität der Künste, Master in Professional Performance, instrument: Percussion, in the class of Michael Pattmann. Has B.A. with focusing in Music, habilitation in Percussion at Universidade do Estado do Pará (UEPA) partnership with Carlos Gomes Foundation, class of 2013. Began her studies in music in 2007, at Carlos Gomes Institute (Belém do Pará, Brazil), in Technical Course of Music in Percussion and Drum Set. Had studied with the following Teachers and Professors: Ms. Cláudia Oliveira (BRA/MEX/FRA), Esp. Ricardo Aquino (BRA), Mariano Primo (BRA), Cláudio Costa (BRA), Marcos Matos (BRA), Mário Cruz (BRA), Flávio Souza (BRA) and Luiz Roberto Cioce Sampaio. She had played in many Music Festivals commissioned by the Carlos Gomes Foundation, such as the Internacional Music Festival of Pará (FIMUPA), Rhythm Fest (Percussion Festival), Brazilian Music Festival, Bands Panel of FUNARTE, as well at others National and International Festivals, performing Premieres Solo and Group pieces.

Roberta de Lacerda Medina is 32 years old, from Brazil, Rio de Janeiro. There she completed her bachelor’s degree in communication / media studies (Advertising in the main study). After her studies, she gained a lot of experience with audiovisual production for advertising and television programs. In Germany (since 2011) she has also worked with videos production, online marketing, social media, theater and festival organization. In September 2015 she began her master’s degree in “Professional Media Creation” at the SAE Institute (Bochum) in cooperation with the Folkwang University and will now be finished by the end of September.